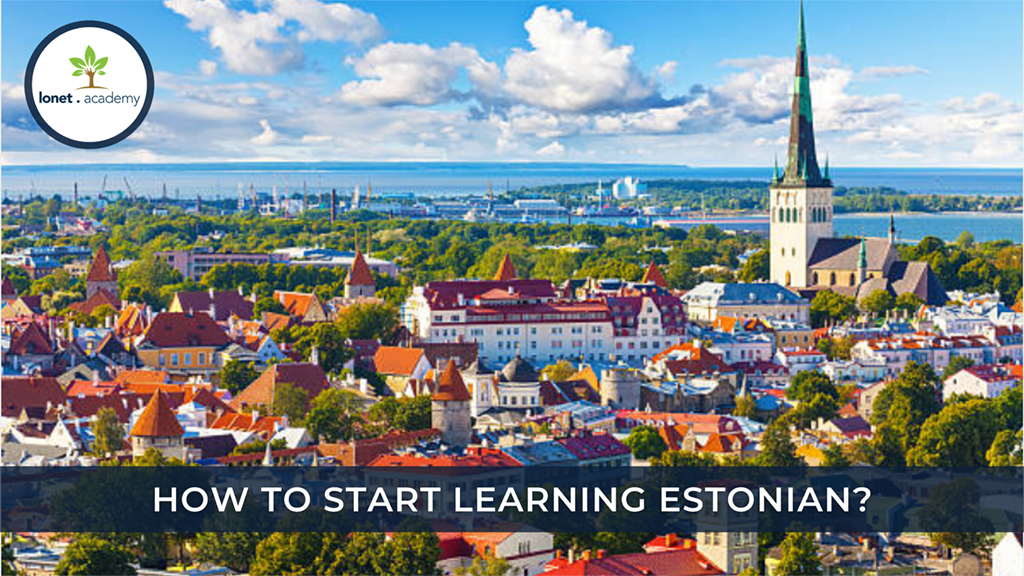 Why should I learn Estonian? There are many practical or leisure reasons for learning Estonian (Eesti). If you’re moving to Estonia to live, work or study it will be essential to learn the language. Or if you work in IT or any other internet-based business you might find it a useful language to learn and understand. Estonia Is a fully digitized country and plays a huge role in Europe’s digital industries. If you love travelling you’ll probably already know how rewarding it is to use some native language while you’re visiting a foreign country. And how much the locals appreciate it! Or maybe you’re just passionate about learning new languages. In which case, why not fall in love with this melodic dialect that sounds beautiful and is treasured by the people of Estonia.

The first step on your quest to learn Estonian should be to familiarise yourself with the Estonian alphabet (Eesti alphabet). It is largely based on the Latin alphabet but also includes other letters known as ‘foreign letters’ which primarily appear in loanwords (words adopted from another language with little or no modification) and proper nouns. The official Estonian alphabet has 27 letters but including all foreign letters there are a total of 32 letters and sounds to learn.

Estonian is likely to be different from other languages you have learned previously. Because of that, it’s worth spending time listening to and practicing the sounds to make sure you have them just right. This is crucial if you want to be able to communicate in Estonian. There are numerous resources available on YouTube. Or you can use the Duolingo app.

Y y [i] [iɡ.rek] or [yp.si.lon] Not officially part of the alphabet; It’s only used in loanwords.

C c [ts] [tseː] Not officially part of the alphabet; only used in loanwords

Q q [k] [kuː] Not officially part of the alphabet; only used in loanwords

W w [ʋ] [kɑk.sisˈʋeː] Not officially part of the alphabet; only used in loanwords

X x [ks] [iks] Not officially part of the alphabet; only used in loanwords

Learn how to pronounce Estonian sounds in this video:

Where can I learn basic Estonian? Online-Estonian lessons

There are many places to learn basic Estonian online. Which you choose depends on your preferred learning style and the time you have available. Once you have a good grasp of basic Estonian sounds, try to incorporate the language into your daily life. Write Estonian words for items around the home on post-it notes and attach them to the relevant item. Whenever you go to the fridge (külmkapp) or sit at the table (laud), read the note out loud. You’ll soon start to embed common words into your vocabulary. Try looking at Estonian websites, join an online forum or find a tutor for Online-Estonian lessons. Usually a combination of methods is best but just try a few and work out which ones are best for you.

There is even a free course to help get you started on the settle in Estonia website. This is a free educational program provided by the Estonian state. It’s been created to assist foreigners arriving in the country and will provide a good introduction to the Estonian language and alphabet.

Is Estonian easy to learn?

Estonian is complex in terms of its sound and structure. In fact, it’s considered the fifth most difficult language to learn. Estonian is a Uralic language. It is related to Finnish and different from the Romance languages that you might be more used to learning. But, as with all languages the key is to understand how it is structured. As you learn new words and phrases, you will understand how they are formed and you will start to comprehend other new words and phrases more efficiently. Finding a reliable online Estonian tutor helps ensure your learning is structured. Other tips and tricks will help consolidate and enhance it.

Watch a Video-Interview with a student, who learns Latvian online. It is a less-spoken language, just as an Estonian.

What Not To Do

It may be possible (if inadvisable) to learn or relearn a Romance language using traditional methods such as grammar books and textbooks. Unless you are already fluent in another Uralic language, this will not work for learning Estonian. Without using online resources, you cannot be confident that you have your structure and pronunciation correct. You may be teaching yourself the wrong way to hear and speak Estonian. It is also a lonely way to learn and will not provide the interaction which is so important to mastering a new language. Language is, by its very nature, a form of communication. You cannot expect to fully learn a new language or dialect without giving yourself opportunities to speak to other learners and to native speaker. So, put yourself out there. Be brave. Find other like-minded people to chat with. Immerse yourself in the language as much as you can.

Online Estonian lessons with a qualified tutor give you access to a community of learners. These are other people, like you, that want to learn Estonian. They are an invaluable resource. They are in the same boat as you. So, speak up and allow yourself to make mistakes. Correct others and learn from constructive criticism. Classes also introduce you to somebody speaks fluent Estonian and knows how to teach others.

Learning any language is rewarding. Learning a language that takes you out of your comfort zone is doubly rewarding. It also sets you in good stead for being able to communicate in one of the fastest growing markets in the world – the tech revolution. So, it might just give you a competitive edge to go with your feeling of pride and accomplishment.

Book a trial Online Estonian lessons with one of our professional tutors!

Register here and start your journey to learn Estonian. If you’re not sure which tutor to take? Book a free consultation!

Want to know how it works? Read “How It Works“.

Are you interested in learning languages? Find other interesting articles in our blog:

Some facts about the Russian alphabet you might didn’t know.