While others are only dreaming, You are already doing! Fall in love with language learning and make learning a part of your daily routine.

You have completed 20 of 0 lessons.

Set and fulfill your goal in 2022 and get a 50 EUR gift card from Lonet.Academy!

I have been interested in learning foreign languages since I was around 10 years old. My major motivation has always been to be able to speak to people from other countries in their own language and not simply depend on English. I started with German after I found a BBC course that my father had bought, though to this day, I have no idea why he bought it. I then went on to have a great interest in Welsh, as my cousin's family are farmers in Wales and where they live, most locals are bilingual, able to speak both Welsh and English fluently, with Welsh being their first language. Then came Dutch, because of my father's stories from his time as a soldier in Holland during WW2. It was obligatory for me to study Latin and French at school and taken with various penfriends at that time, in Holland, France, Spain and the Americas, all of this helped when various IT projects in my business career took me on travels to Holland, Spain, Sweden and Germany.

My wife is from Lithuania, hence the reason why I taught myself Lithuanian because although English was becoming popular among young people, it wasn't very common among older people, including those in my wife's own family. My wife also gave me an interest in Russian, to allow me to speak with some of her Russian friends (as well as to sing with them occasionally), not all of whom could speak English.

I love singing, particularly (English) folk music. I have sometimes sung in choirs, both at home and abroad, as free time permitted. I enjoy singing in any language and have often sung in English, Swedish, German, Dutch, Latin(Gregorian Chant), Lithuanian and Latvian. I try not to miss any opportunity to sing, despite the fact that our local monthly folk music club (in a pub in the next village) has now been shut for nearly a year, because of Covid-19. Hopefully our club will re-open again before too long! I often like to think of songs in other languages as a form of 'dictionary' - they are a great help when trying to remember words! I have been to song festivals in both Lithuania and Estonia and many of my wife's friends back home sing traditional Lithuanian folk songs, as well as some Russian folk songs too.

Until Covid-19 came, we went to Lithuania as a family every Summer holiday, later also going to Latvia every year as well, with all my wife's old friends and their families, staying by the sea near Liepaja. We often sang there by the camp-fire in the evening. This is what caused me to want to learn Latvian....using Lithuanian as a stepping stone (eg kalnas-kalns, vienas-viens, pienas-piens, sviestas-sviests), not to mention words originating from German (stunda) and Russian (cena, gatavs). We have also got to know some retired Latvian folklore enthusiasts who work at the Folklore Centre 'Namins' in Liepaja. We usually visit them when we are there and often end up singing with them too. They knew and used to sing with Austra Pumpure, whose song is shown in your 'Lonet Academy' example Latvian lesson.

I would therefore love to be able to speak properly in Latvian with them, the next time we go to Latvia, which sadly, may not be until 2022, depending on Covid! It would also be good to have some improvement by that time in my spoken Russian, with a particular aim to widen my vocabulary.

As for my other interests, these include walking (we have two dogs and live in the countryside), reading, cooking, history, canal boating (England has over 2000 miles/3200 km of them), travel, the incomprehensible ball game of cricket and of course, as an Englishman, the very important activity of drinking tea!

We have three children, two boys and a girl, all of whom are very appreciative of their Lithuanian and Baltic roots. All of us are very musical and you can often hear the sound of song or a musical instrument or two in our house! 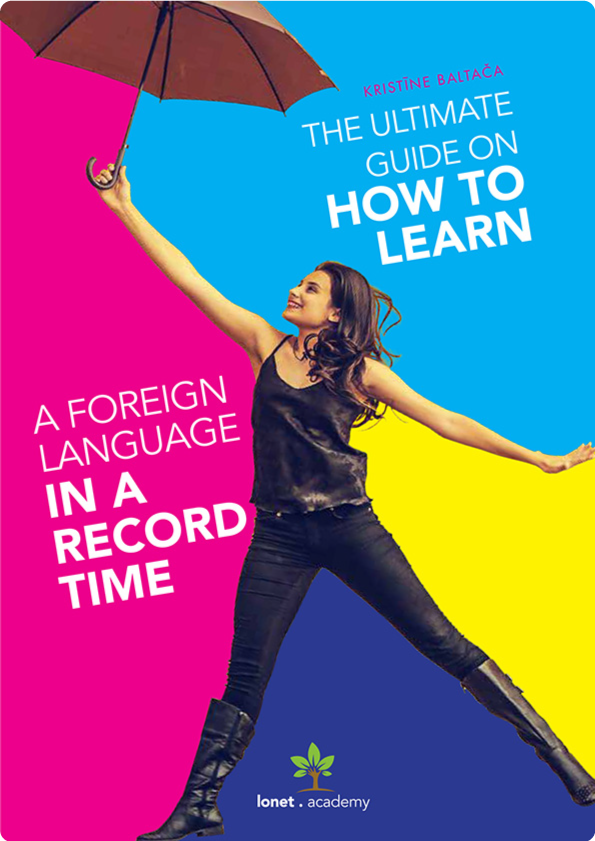